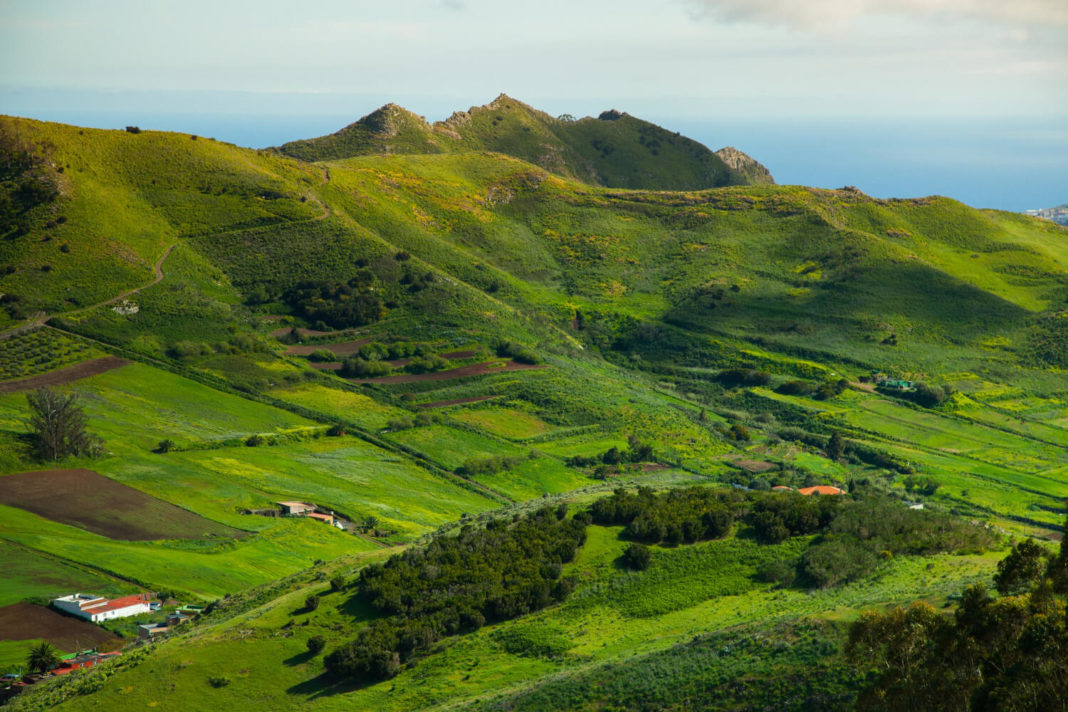 The archipelago of mountainous volcanic islands in the Atlantic is one of the most popular holiday destinations for Europeans. The diversity of the Canary Islands and the multitude of attractions means that almost everyone will find something for themselves in the Spanish archipelago. What attractions do the individual islands of the Canary Islands archipelago offer? Which island should nature and ecology lovers choose?

Canary Islands – a brief description of the sunny Spanish archipelago

The Canary Islands archipelago is located in the Atlantic Ocean, approximately 100 km from the coast of Africa. The archipelago consists of 12 islands, 7 of which are the main islands: Tenerife, Fuerteventura, Gran Canaria, Lanzarote, La Palma, El Hierro, La Gomera and La Graciosa. The other 5 smaller ones are Alegranza, Lobos, Montana Clara, Roque del Este and Roque del Oeste. The islands are inhabited by approx. 2.2 million inhabitants and the most populous is Tenerife (approx. 900 thousand inhabitants). The Canary Islands have belonged to Spain for over 500 years.

What is the weather on the Canary Islands?

Average temperatures in summer are 24 degrees Celsius and 18 degrees in winter. The water temperature in the ocean is equally encouraging and ranges from 18 (winter) to 22 (summer) degrees Celsius. Sandy beaches, blue water, high cliffs, volcanic peaks to climb – these are just some of the attractions that the Canary Islands have to offer! Below we present the characteristics of the most popular islands of the archipelago, hoping that our summary will help you choose the most suitable one for a holiday trip!

Tenerife – the largest of all the Canary Islands

Tenerife is the largest and most populated island in the Canary Islands archipelago. An interesting fact is that there are about 200 small islets around Tenerife that are considered wastelands. It is on this island that there are the most attractions for tourists. The most popular are certainly two large water parks and three zoos. Being in Tenerife, an attraction that cannot be missed is the Teide peak (3718 m above sea level). An active volcano, the last eruption of which was recorded over 100 years ago, attracts crowds of tourists every year.

The climb to the top is relatively easy and at an altitude of 3555 m above sea level. can also be reached by cable car Teleférico del Teide. There are many trekking paths and other attractions in Tenerife for tourists who value active leisure. For those who prefer a beach holiday, the most recommended parts of the island are La Tejita, Playa del Duque, Playa de Abama, Las Teresitas and Playa de Bonito.

Fuerteventura is considered an island with the most beautiful sandy beaches in the entire archipelago. Almost all guides rank Corralejo Grandes Playas beach in the first place, and the town of Corralejo itself is the most popular destination for tourists from Great Britain. The island has a large safari park (Oasis Park Fuerteventura) where you can ride a camel, feed a giraffe, and swim with sea lions. In addition, from the port in Corralejo, you can take a water taxi to the almost uninhabited island of Lobos and take a ferry (approx. 1 hour) for a day trip to Lanzarote. There are many trekking paths and bicycle routes on the island.

Gran Canaria – the most party island in the Canary Islands archipelago

The third-largest island in the archipelago is situated between Tenerife and Fuerteventura. Gran Canaria is recommended especially to people who like to have fun in clubs and discos. The island is also known for its many festivals that are organized annually by the locals. The areas of Las Palomas and Playa del Ingles are among the most entertaining regions of the island. In turn, people who want a calmer holiday most often choose Puerto Rico and Puerto Mogan. When visiting Gran Canaria, it is worth going to Teror and Agaete in particular to experience the lifestyle of the island’s permanent residents.

The northernmost island Lanzarote is very often referred to as the Island of Volcanoes. The surface of the island was formed by volcanic lava, and a trip to Timanfaya National Park gives the impression of moving to another planet. On one of the peaks in Timanfaya, there is a vantage point and a restaurant serving grilled dishes on… a volcano. This is possible due to the heat coming from the depths of the earth. It is worth mentioning that in some parts of the park, the temperature of the stones just below the surface is as high as 100 degrees Celsius! A characteristic feature of Lanzarote is white houses that perfectly contrast with the volcanic nature of the island. Another popular attraction on Lanzarote is the El Golfo crater and the Jameos del Agua lagoon, which is still inhabited by blind crabs.

San Miguel de la Palma is the fifth-largest island in the Canary Archipelago. The unique and varied landscapes are a characteristic feature of the island of La Palma. La Palma is recommended primarily to people who value active recreation in the bosom of nature. The island is much less commercialized compared to the larger islands of the archipelago. If you want to spend your time walking/climbing away from the crowds, a trip to the island of La Palma will be a very good idea!

The landscapes on La Gomera resemble those of La Palma, and the island itself is also recommended for people who want to actively relax in the bosom of nature. Lots of walking routes and places for climbing are a guarantee of a successful holiday for people who want something more than sunbathing. Like La Palma, also La Gomera is less commercialized compared to Tenerife, Gran Canaria or Lanzarote. In addition, it is very difficult to find a direct flight to La Gomera, so when visiting the island you can count on a break from the crowds.

Are you looking for an escape from all over the world? Do you love nature? Definitely choose El Hierro! In this way, most tourist guides encourage to visit the island. The island has a not very extensive hotel network, so it is easier to find accommodation by renting a room in a private house. Untouched nature, no traces of civilization and a very sparse population make el Hierro feel almost like on a desert island. El Hierro is a great choice especially for people looking to escape from a big city and relax in the bosom of nature. On the other hand, beach lovers should choose a different one from the Canary Islands. On el Hierro, almost all beaches are volcanic, and the cliffs in some places are up to 1 kilometer high!

Cheap hotels in the Canary Islands

Car rental in the Canary Islands

Despite the fact that there is public transport in the Canary Islands, the network of connections is not very well developed. You can’t get everywhere by bus, and traveling by taxi can be much more expensive than renting a car. Renting a car in the Canary Islands is relatively cheap, but it is worth booking a suitable vehicle in advance. The most popular car rental companies in the Canary Islands include Cicar, Goldcar, Rhodium, Orlando, Thifty, and TopCar. In addition, before making a decision to rent a car, it is worth checking the reviews of the rental company on popular travel websites. To find the best car rental deal, please use the search engine: TravelSupermarket.

How to organize a holiday in the Canary Islands for nature lovers?

To sum up, the Canary Islands are definitely a great idea for both: a longer vacation and a short, several-day relaxing trip. The variety of attractions on offer makes the archipelago an ideal destination for both couples and families with children. Amazing experiences are guaranteed by sandy beaches, crystal water in the ocean, and above all the weather, which rarely disappoints tourists. The islanders care about nature and ecology, so you can count on beautiful views and clean surroundings. If you are looking for an idea for your vacation, we can guarantee the Canary Islands are definitely a very good idea!