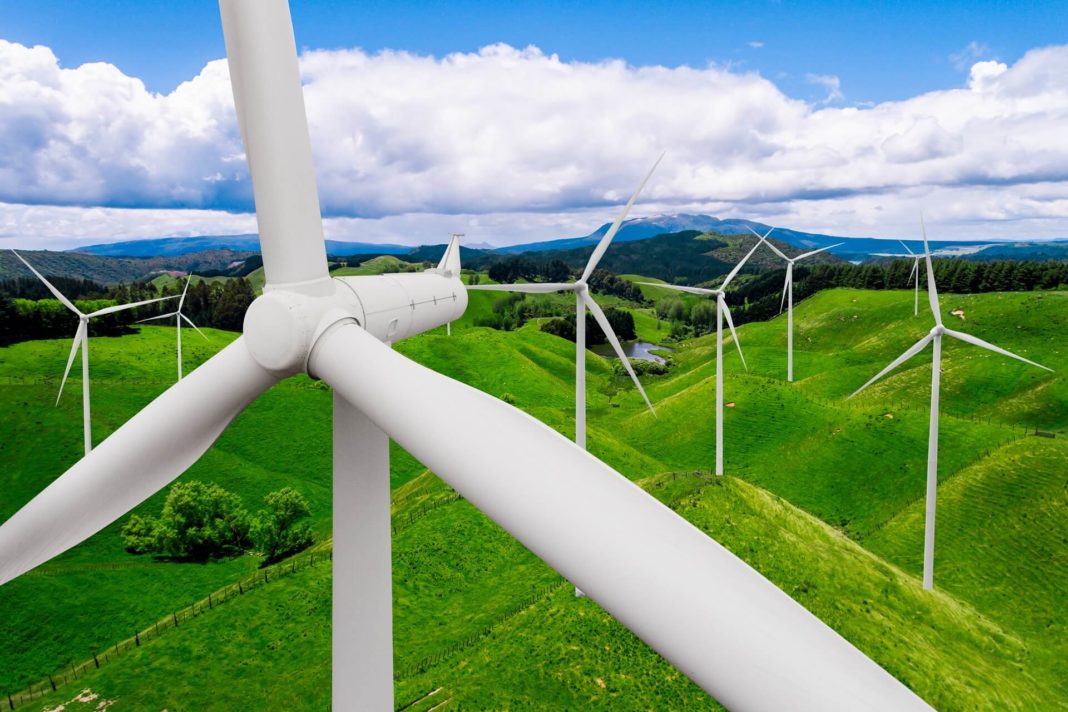 Wind is a form of transformed solar energy. The heat from the sun falls on Earth, the surface of the planet heats up unevenly, the difference in pressure of the air masses generates movement, the air begins to move from a higher pressure to a lower one, so in short the wind is created.

People have been using wind energy for thousands of years. The windmills known to us were invented in the 9th century in eastern Persia, they reached Europe at the end of the 12th century. The first windmills were mainly used for grinding grain or pumping water. The windmill was usually wooden, sometimes made of stone, with wings moved by the force of the wind and propelling devices. Is the oldest wind turbine – converts wind energy into kinetic energy in rotational motion. It is the predecessor of the wind turbine, which is also colloquially called the windmill.

How does a wind farm work?

The general principle of generating energy from wind is very simple and based on the principle of the generator. When the wind hits the resistance in the form of a rotor blade, the kinetic energy of the wind is converted into mechanical work in the form of rotor rotation. The rotational energy of the rotor is transferred via a shaft and gear to the generator, which converts it into electricity.

Special systems monitoring the work of the gym 24 hours a day track each work parameter, including rotor speed, gearbox position or blade angle of the wind. “Intelligent” power plant systems primarily care for its safety and optimal working conditions. In extreme weather situations, the machine is able to block the drive mechanisms by itself, set in the right direction to the wind, set the right angle of the blades, all so that too strong wind does not damage the device. Thanks to satellite communication, the turbine operation parameters are tracked in real-time directly by service companies. This guarantees trouble-free operation and thus uninterrupted production of electricity from wind.

Construction of a wind farm

The wind power plant contains a generator. In it, the rotational energy of the rotor turns into electricity. The rotor is moved by a rotating propeller or turbine. Their rotation causes wind. The larger the generator, the more wind energy it will convert into electricity. The generator must be sized for the propeller or turbine. If it is too big, it will prevent starting in low winds.

Sailors, when the wind blows weak, pull the entire sail on the mast. When the wind blows too much, they reduce the surface of the sail. We cannot take or add blades to the windmill. You can only change the angle of attack of the blades. The windmill must form such a steam with the generator that it generates the rated voltage in the most blowing wind.

Wind farms – what are the types?

A wind power station is associated with a propeller, similar to an aeroplane set on a high mast. It can also be much smaller, resemble a pinwheel – an ornament. Despite the differences in dimensions, both belong to the most popular type of wind farms. Their common feature is the horizontally set axis of rotation. No wonder that most often come to mind when we hear the term wind farm. They constitute about 95% of the solutions used. In the literature, they are also referred to as HAWT (Horizontal Axis Wind Turbines).

A wind farm can also resemble chimneys standing in a field. When we look at them closer, it turns out that they are turbines (similar to jet engines). The wind moves their blades. Such wind farms are less popular. In the literature, they are also referred to as VAWT (Vertical Axis Wind turbines).