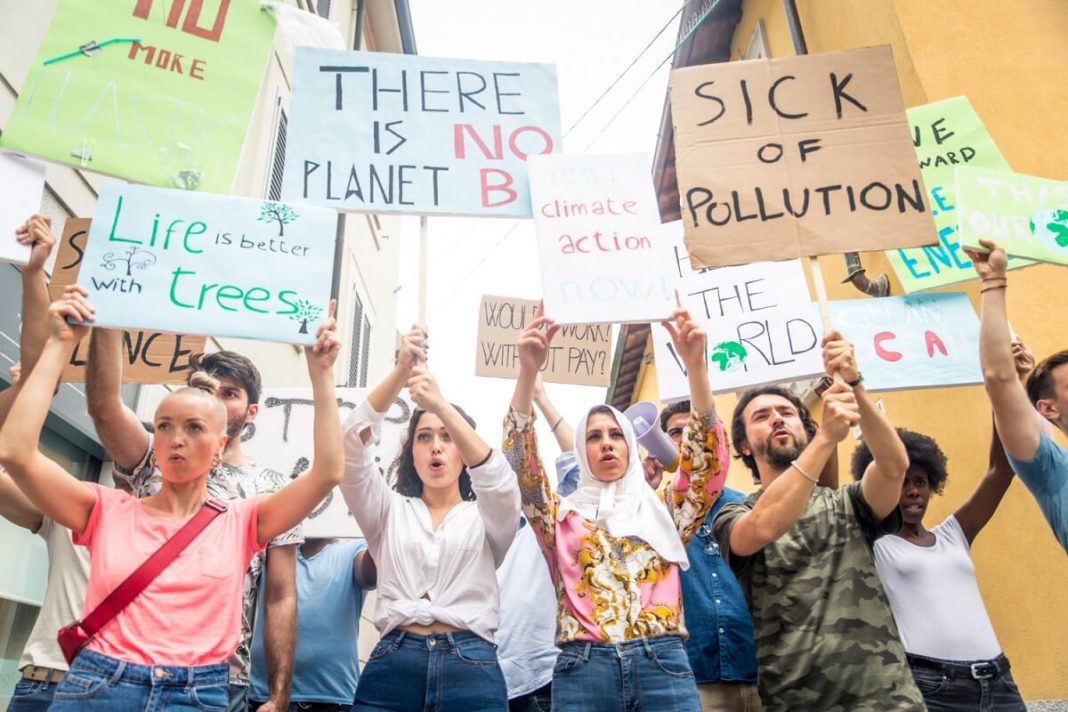 School strike for the climate, Fridays for Future (FFF), Youth for Climate, Climate Strike, Youth Strike for Climate – you have certainly come across one of these names for the most popular national movements for ecology. The idea of ​​a youth strike for ecology was initiated in 2018 by Greta Thunberg. Her charisma has brought millions of young people to the streets with a common goal: to mitigate climate change.

The ideology of the movement is caused by the strikes of students. They protest during school hours against the passivity of politicians in a fight against climate change. Students are against the lack of government action against global warming and the damaging activities of people and corporations. So far, students from over 150 countries around the world have taken part in the strikes.

The global climate strike for the future in 2019

The largest joint Youth for Climate strike took place in the fall of 2019. Then demonstrations at the same time were held in over 150 countries around the world. Over 2 million young people took part in international protests for protection. About 2,400 protests were organized during the joint action. Over 600,000 people protested in Germany alone.

Many specialists support the Youth for Climate movement

Many expertas agree with the assumptions of the youth movement for the climate. People taking part in the protests are against the passivity of politicians. According to the youth, politicians should take into account the opinions of experts more often. The goal of the Climate Strike is to induce politicians to act to slow down climate warming. Only in this way can there be an alternative before the ecological catastrophe.

The maximum average global temperature rise may be no more than 1.5 degrees Celsius. According to Strike Climate, a rise in temperature of more than 1.5 degrees Celsius will have devastating consequences for the earth. Many processes that can take place in nature will not be reversed. If we do not reduce the greenhouse effect, in 2050 the earth may look completely different than it does today.

Many countries have already taken the fight against global warming. Soon, many studies will not be able to heat homes with gas stoves. The real challenge will be to fight to ban heating with coal in countries where it is still popular. Instead of old heating sources, modern heating systems should be used, e.g. electric heating powered by solar energy (photovoltaics) or domestic windmills and wind energy.

The automotive industry is also a real revolution. There are more and more electric cars on the roads, and the sale of cars with gasoline and diesel engines will soon be banned. Remember, we must oppose actions that are harmful to the environment and fight together for a better future. It is very important for next generations.

Coca-Cola does not use foil in multi-packs of cans

Air quality: Bangladesh was the most polluted country in the world in 2019