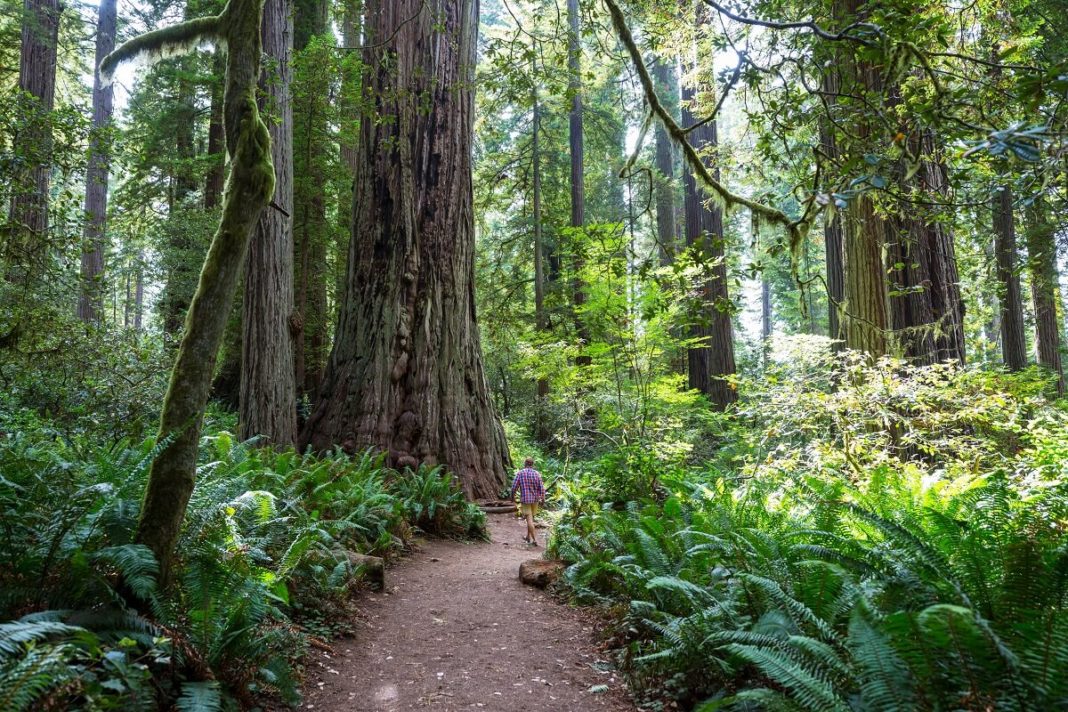 California’s Redwood National Park is known for having the tallest trees in the world. These trees are called Evergreen redwoods. Many of the specimens in the Californian park are approximately 100m high. The real record holder among all redwoods is Hyperion. This tallest tree in the world is 115.61 meters tall. Why should you go to Redwood National and State Park, California?

A visit to Redwood Parks, California, guarantees unforgettable memories. Trips to the California park are recommended above all to nature lovers. Unforgettable views and the opportunity to commune with unspoiled nature is something that each of us will surely appreciate. Lovers of long hikes will also not be disappointed. Redwood National and State Park in California is the perfect place for that.

Where is Redwood National Park located?

Redwood National Park, California is located in the northern part of California in the United States. It stretches from north to south and has an area of ​​over 44.5 thousand hectares. This makes it one of the largest parks in this part of the United States. The length of the coast under PN Redwood in California is approximately 80 kilometers. Motorized tourists have the opportunity to admire the beauty of nature while driving along the 101 highway. It runs almost the entire length of the park.

The Redwood National Park area in California was once inhabited by Yurok Indians. The development of industry and the settlement of new areas by newcomers meant that the Indian population ceased to exist in the 19th century. Miners and woodcutters began to use the forest area to obtain raw material, which caused its surface to shrink at an alarming rate. For this reason, in 1968 it was decided to create a national park in California.

Plants in the Redwood National Park

California National Park is famous for its giant evergreen redwoods. These are trees reaching even monstrous sizes. The tallest of them exceed 100 meters. It is the redwoods that attract tourists to California not only from the United States but also from around the world. There are also many species of rhododendrons, ferns, and oxalis in PN Redwood.

What is the tallest tree in the world?

This question is asked very often. The tallest tree in the world is Hyperion located in the National Park Redwood in California. The evergreen sequoia (Sequoia sempervirens) is 115.61 meters high. An interesting fact is that the weight of the tree is equal to the weight of 15 whales (blue whales). Another two trees occupying the podium are also in NP Redwood. The second place is occupied by Helios, 114.58 meters high, and the third by Icarus. This is certainly a clear answer to the question: where are the tallest trees in the world.

The latest inventory data shows that nearly 650 different species of animals can be found in PN Redwood. The largest groups are birds and fish. When choosing a solo trip, it is worth remembering that you can also meet many dangerous animals in the park. Pumas and coyotes are certainly among them. The park is also home to a variable, Californian earflaps, red lynxes, Canadian beavers, red deer, and wapiti.

Many tourists who go to the California park choose to stay in the bosom of nature. There are many campgrounds and campgrounds in the NP Redwood area. Whole families using motorhomes are a very common sight. This solution allows for the most optimal use of time in contact with nature. At this point, it is worth mentioning that hanging hammocks on trees is strictly prohibited in the park.

Yellowstone National Park – the oldest national park in the USA