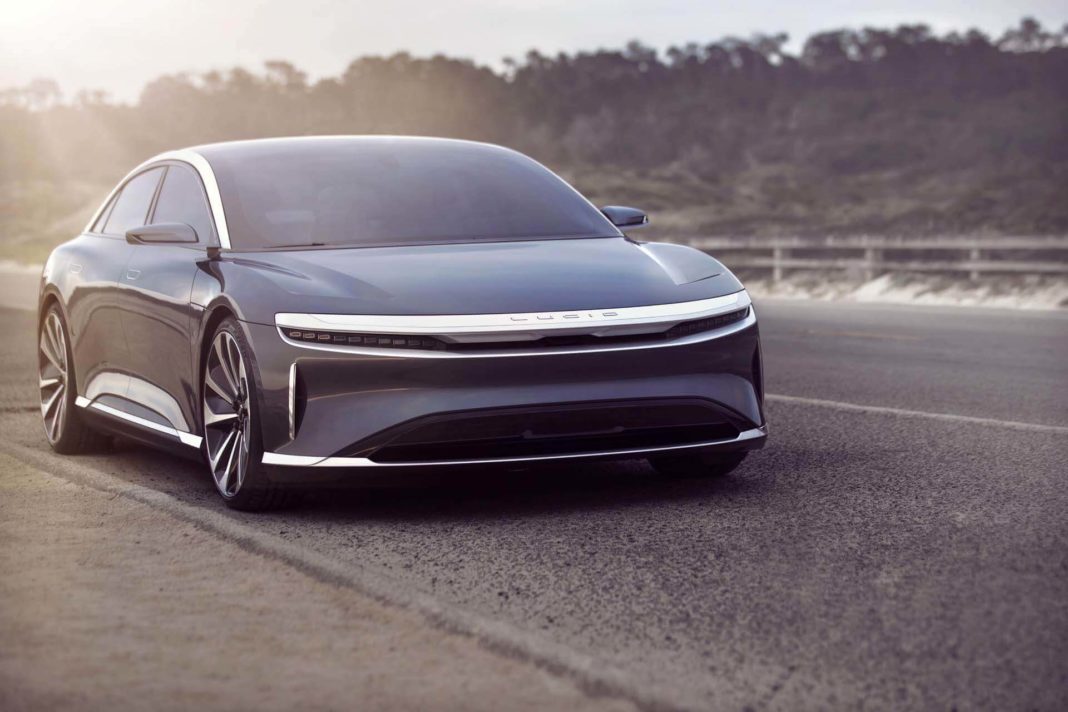 The electric car Lucid Air announced by the American startup will soon be available on the market. According to the manufacturer, it is to be a better choice than the Tesla Model S, Porsche Taycan, and the rest of the competition. It is already certain that Lucid Air will have the greatest range and the fastest charging.

Lucid Motors has previously mentioned a drag coefficient, which is expected to be a record 0.21. This is the lowest value among mass-produced cars.

The car’s range will be record-breaking. Independent FEV has estimated it at 517 miles, or less than 832 km. The test was carried out in accordance with the EPA procedure, which is more demanding than the European WLTP standard. The Tesla Model S Long Range achieves a range of just 402 miles in the same test.

The new electric car will not be a luxury limousine with the characteristics of a sports car. Acceleration from 0 to 96 kmh (60 mph) is expected to take only 2.5 seconds. The top speed is to exceed a considerable 320 km / h. Combined with the large range, it gives food for thought for people who have been wondering about choosing Tesla so far.

The high operating voltage of the electric system, which amounts to 900 volts, is the golden mean thanks to which the manufacturer managed to achieve such good parameters of the car. Modern lithium-ion cells and innovative systems for managing electricity and heat allowed for a significant extension of the range. The Lucida Air on-board charger accepts up to 300 kW of electricity.

DreamDrive – the car drives itself

Like Tesla, and Lucid Air are able to relieve the driver in many activities. The driver has modern technologies at his disposal. The car will be equipped with the Dream Drive system enabling autonomous driving. Voice control and connection with a smartphone can already be considered standard in modern electric cars.

The premiere of the new car by Lucid Motors (USA) is scheduled for September 9, 2020. The first copies are to be delivered to customers in 2021. Modern design, luxurious interior and unearthly performance make it a tasty morsel for lovers of modern technologies.