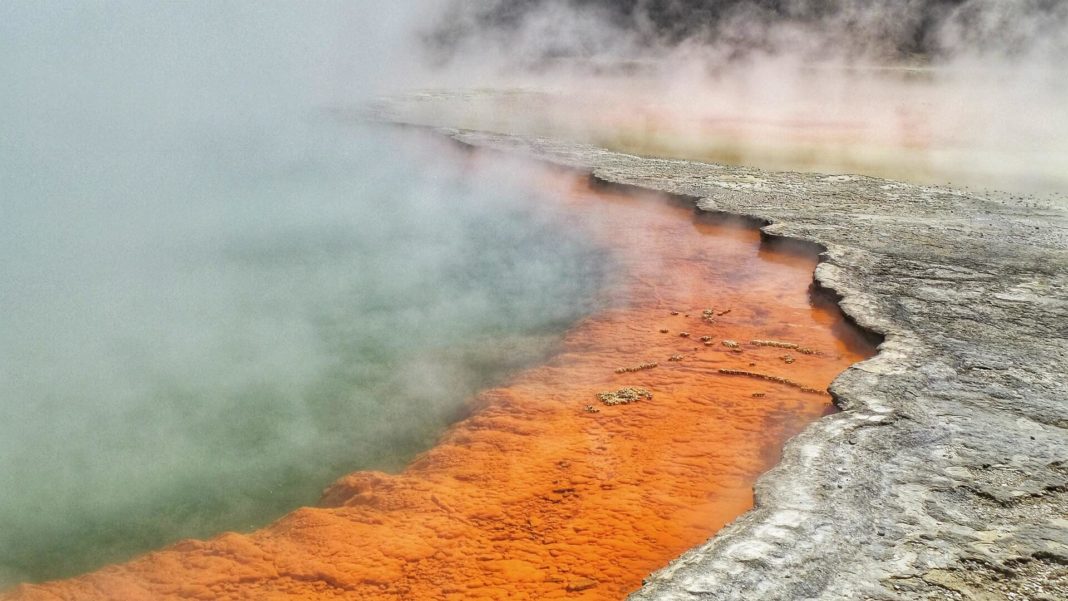 Geothermal energy is energy stored in soil, rocks and fluids that fill pores and rock crevices. It is constantly supplemented by the flow of heat transferred from the hot interior of the Earth to the surface, which is why it is inexhaustible. The heat in the Earth’s interior is partly primary heat from the formation of our planet and partly is heat from the decay of radioactive elements such as uranium, thorium and potassium. The temperature increases with depth, reaching even 6,000 degrees Celsius in the Earth’s core.

How does a geothermal power plant work?

The first of these are systems that use geothermal resources as the only source of power. If the bed is in the form of steam, it is redirected directly to the turbine, while in the case of a liquid bed, the geothermal water is directly evaporated in the expander, which in the form of steam goes to the turbine. From there, after expansion, the steam flows to the condenser. The first method requires the thermal water to be in the state of dry saturated vapor or superheated vapor. The thermal efficiency of such power plants reaches 30 percent.

The second type are two-factor power plants, the so-called binary, where hot water is directed to the heat exchanger (evaporator) – it acts as a steam boiler. The released heat goes to the second cycle – with a working medium with a low boiling point, which may be, for example, light hydrocarbons with a very low boiling point. The working medium here works according to the Clausius-Rankine cycle or the Kalina cycle, which is often considered a modification of the C-R cycle. The thermal efficiency of these power plants is between 10 and 15 percent. An example of a mixed system would be the very high source pressure water turbine front end and binary system.

Geothermal heating in the house

Earth energy can be used in virtually any building. For this purpose, the boiler room should be equipped with a ground heat pump. Ground source heat pumps, also known as geothermal pumps, use ground heat to heat houses and heat water. Thanks to the heat pump, energy can be taken directly from the ground. The developed ground heat is available all year round, regardless of the weather.